the outner keys and the inner keys

We all know that the car keys play a key role when the car wants to run on the road. Therefore, the car key is very important to the car. As long as the friend who has a car in the family has the car key, whether you are an electric car, a car or even a bicycle, there are many kinds of keys we see, each kind of key All have their own characteristics, and the methods and machines we go to the lock shop are different. So what is the difference between them? Let’s start with the production process of the lock plate (if there is a principle of car lock If you don’t understand, I recommend you to read the following article: Shrapnel lock classification of car locks). We know that the locks produced by different locks make the keys have three types: flat milling, external milling, and internal milling. These three types are It is formed by the organic combination of the lock piece in the lock. Before this, I will popularize a concept for everyone, that is, the key track, what is the key track, it refers to the combination of the actual working point of the key inserted into the lock cylinder. 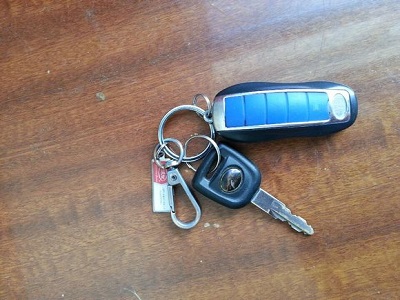 The internal milling two-track key means that the two trajectories of the internal milling key are working, and the other trajectories are not working. Generally, this kind of key is used in small knife electric cars, C-level lock cylinders of anti-theft doors, and most of Volkswagen, Audi, and BMW locks are keys of this type of lock. The specific picture is shown in the following figure:
Car mechanical key classification, car key classification pictures